Cat Holliday, who lives in Wixom, Michigan, found her job as a bus driver for students to be emotionally fulfilling but not mentally challenging.

“This was a gap that I had been trying to fill for my entire working career,” she said.

At the end of 2019, a friend told Holliday about a technology training program run by United Wholesale Mortgage in nearby Pontiac. This program, called IT-X, prepares new or existing employees with no related background to become business analysts, software developers, quality assurance analysts and quality engineers.

Holliday had been interested in computers since she was a kid, but college programs and boot camps were beyond her budget. However, IT-X paid its participants, so she took the plunge and applied.

Programs that teach employees a new skill — whether it’s something additional to better perform a current role (upskilling), or a wholly new set of capabilities to prepare someone for a different role (reskilling) — can help banks and fintechs compete for tech talent and adapt their businesses.

“Those that do this well don’t see this as a one-off activity, but that they need a new muscle in reskilling and upskilling because the world is changing and the pandemic has only accelerated that future of work and banking,” said Ishanaa Rambachan, a partner in the San Francisco office of McKinsey & Co. “Banks are becoming digital companies that offer financial products.”

In addition to creating new pools of talent, such programs can save money. McKinsey found that reskilling an internal employee may cost $20,000 or less, while the cost of hiring often amounts to $30,000 for recruitment alone, in addition to onboarding and training. New hires are two to three times more likely to then leave.

When drawing from a broad pool of candidates without a traditional tech background, financial institutions can also strengthen diversity and inclusion. Retention tends to rise because employees are committed to the companies that invested in them, whether through a homegrown program or a specialized partnership.

Rambachan says that good programs will pay their trainees and teach social and emotional soft skills along with technical capabilities. The top areas for reskilling in financial services are related to cybersecurity and privacy, software development, information technology operations, cloud architecture and platform-as-a-service.

United Wholesale Mortgage, one of American Banker’s Best Fintechs to Work For in 2021, has taken a number of best practices to heart and found the efforts have paid off in terms of company culture and retention.

Jason Bressler, chief technology officer at UWM, says there were 200 information technology employees when he arrived at the company five years ago. Now that number exceeds 1,200. He chalks up a lot of that progress to the IT-X program, which launched in 2016.

By teaching former bus drivers, nurses, veterinarians and more how to code, UWM can zero in on people who align with its culture, which Bressler characterizes as collaborative and one where everyone understands the value of serving independent mortgage brokers of all sizes.

“Part of our secret sauce is that everyone works in the building every day,” said Bressler. “We don’t have work-from-home outside of COVID, because we feel that the collaboration and culture is one of the most important things we have.”

“I’m getting team members who are loyal to us and the team we’re building,” said Bressler. “They have a good work ethic, they understand the opportunity they have, and they are very grateful for it.”

Holliday began with the Developer Introduction, or Dev-I, program before progressing to Development Experience, or Dev-X, which meant a mix of classroom courses (this became virtual in 2020), self-study and testing. Trainees are paid a full salary and in a few months become fully fledged employees.

“It was scary making that career jump. Bus driving was comfortable,” Holliday said. “But [at IT-X] they never made you feel like you couldn’t do it.”

Other companies partner with programs that equip participants from a variety of backgrounds, including people of color and those without traditional degrees, to fill the technology skills gap.

Bank of America works with Year Up, a nonprofit that typically focuses on young adults who do not have a four-year college degree but who have at least a high school diploma or GED. More than 90% identify as a person of color.

This one-year training program in fields including information technology and software development combines six months of coursework that is usually eligible for college credit and a six-month corporate internship. The program also teaches soft skills, such as communicating in business situations. There is no cost to attend and students get a stipend.

Since the partnership began in 2006, Bank of America has hosted more than 1,850 interns and hired more than 830 Year Up graduates. It sources interns from 17 locations around the country. Those who stay tend to work in application development, data science or artificial intelligence and machine learning.

“We do see, coming through these programs, a number of students from diverse backgrounds and ethnicities that allows us to be more representative of the community we’re in,” said Dave Matthews, a Bank of America technology leader.

Beyond that, these students bring other qualities to the table.

Like Bressler, Matthews has observed a strong sense of commitment from these employees.

“You get a level of enthusiasm and loyalty to the organization because they recognize they’ve been given a big helping hand,” said Matthews.

Arrick Rithiphong is one graduate of Year Up. He has been a production support lead for Bank of America since July 2020.

Although Rithiphong had a head start with a technology education — he was earning an associate’s degree in computer science at Central Piedmont Community College when he joined Year Up in 2019 — he notes he was able to learn cybersecurity, his chosen concentration, at a much faster pace through Year Up and he gained professional development skills as well.

“Year Up taught us how to network, how to build your resume, even something as simple as how to shake a person’s hand,” he said. “They taught us how to succeed in our professional careers, things that otherwise I might not have learned in a traditional college experience.”

JPMorgan Chase partners with a variety of organizations to recruit entry-level technology talent across the U.S., including Zip Code Wilmington, Merit America and Tech Elevator. In 2020, for example, JPMorgan hired more than 30 graduates from Zip Code Wilmington, a 12-week coding boot camp in Delaware. Some of these hires transitioned from customer service roles such as casino dealers, restaurant servers and legal support into the tech field.

JPMorgan also runs its own reskilling programs for employees to learn software engineering, data analytics and cybersecurity. Tech Connect, for example, is a full-time, worldwide training program for aspiring software engineers who do not have traditional computer science backgrounds.

“Tech Connect is rooted in the belief that diversity triggers innovation and that innovation leads to better technologies, products and services for our clients and customers,” Alison Macpherson, head of talent acquisition and strategy for technology, digital and data and analytics at JPMorgan, said in an email.

Another global program, PowerUp, is in its fourth year and consists of three days of classes, with choices of nearly a thousand sessions for employees to learn about new technology.

Macpherson said that advancements in technology are changing the businesses and the skills employees need for their jobs. Diversifying Chase’s pipelines has broad benefits.

“We value many different skill sets, including those that reskilled employees and new hires often have, such as determination, resiliency and adaptability,” she said. “Reskilled employees bring new, diverse perspectives to the table based on their past experiences that are very valuable and drive innovative solutions for our customers and clients.”

The experience is equally as rewarding for the participants.

Holliday graduated from Dev-X in July 2020 and has been working full time as a software developer for UWM since, writing code and troubleshooting errors on a team that she describes as “IT for IT.” She has found the dual gratification that she craved.

Tue Jun 29 , 2021
Image: G2 G2, an international tech company headquartered in Chicago, hit a major milestone this week — a valuation over $1 billion. On Tuesday, G2 announced that it raised $157 million in a Series D funding round led by Permira. This round was raised at a company valuation of more […] 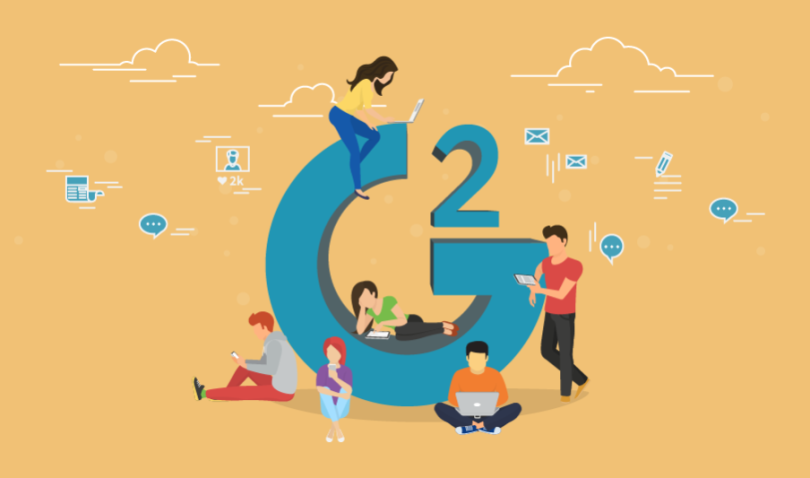