Philadelphia’s tech sector is growing at a slow-but-steady rate. But as the need for new and specialized talent increases, local leaders will need to continue to look in less traditional places for new talent.

And, in an inversion of the mentality frequently discussed alongside business diversity in general: It’s not just good business sense, but a racial equity question, as Black Philadelphians and other people of color are less likely to benefit from tech’s wealth. Businesses are increasingly feeling the urgency to enact change so their local tech sector better reflects the demographics of the people who make up their city or region.

The Microsoft Leap Apprenticeship Program, for instance, is an example of how a corporate entity is training underrepresented technologists. Launched in 2015, the program recruits and upskills hundreds of professionals from different backgrounds around the world. Through a partnership with more than 100 coding academics and bootcamps across the country, Leap graduates have gotten tech jobs at companies ranging from software engineering roles to UX design and project management, with some getting opportunities to work at Microsoft.

The Leap program makes it a point to recruit people who are parents who stopped their careers to focus on being caregivers; focusing on people who are changing careers as recruits and who may not have a computer science background but an affinity for tech is also a priority. According to a company spokesperson, Microsoft hopes to build a more inclusive workforce as a result of the program.

Since its inception, the Leap program has scaled to assist apprentices over 14 North American cohorts and three Nigerian and Kenyan cohorts. Of the 17 cohorts, 98% of apprentices work at Microsoft or other tech companies.

This work is happening locally, too.

Technical.ly spoke to leaders from nonprofits and tech companies from around the region to gain insight on how tech employers can support the reskilling and upskilling of professionals with adjacent skills who are underrepresented in the technology industry.

This is part of a three-part series of case studies on diversifying the tech workforce. Read the first edition here. In part three, we’ll explore best practices for the attraction and retention of existing diverse talent.

Old City-based cloud hosting provider Linode’s work in contributing to a more diverse the tech jobs pipeline began with employees using volunteer time that was built into their PTO to give back. According to VP of Customer Support and Success Richard Myers, Linode employees supported Camden tech training nonprofit Hopeworks participants by hosting mock job interviews and assisting with code competitions.

A more advanced version of that work came after some relevant internal changes to the company’s own hiring processes.

“We started an internal training program and decided to teach skills” that Linode looked for in candidates, Myers said. “You had to have a computer background and we’d teach the rest. That led to an incredible, more diverse, dedicated support team that yielded unforeseen results.”

In August 2020, Linode’s in-house training team began devoting four to five hours a week to working with Hopeworks students — so far, five total. Linode employees found early on that they had to find a way to accommodate different learning styles and that a large portion of students were visual learners. For the first time, the Linode training team made videos to guide their lessons.

Being able to directly work with a company like Linode was something that Hopeworks Executive Director Dan Rhoton considered a vital part of the process. Hopeworks trains Black and brown students who may have a history of trauma and works to ensure that they find a comfortable fit at the tech companies that hire them.

“All too often, we have young people with the right skills, but it may not be the right environment for them as Black and brown people,” he said. “We trust Linode. For young people that are terrified to step in a space, that is critical.” Myers believes that companies should aim to reflect the full spectrum of tech jobs in their training, and not just ones that feature coding or more well-known skills.

“We are severely narrowing people’s choices in saying you have to be a developer and that has to stop,” he said. “Of 250 people [working at Linode], a small portion of them are developers. Tech support is a real career in the tech world. We have accounting, marketing, backend and a million other things. I think that we need to expand what young people who want to be in tech focus on. We’re telling people development is the thing to do. But there are a million other things you can do in tech that’s not support.”

Myers believes that bootcamps often miss the mark by focusing so much on development that they miss out on teaching other important aspects of full-stack engineering, such as teaching participants how to show off their skills online.

“If we can introduce those other concepts, we can create way more attractive and well-rounded candidates and add things on their resumes,” he said.

“I can’t tell you how many times a person said they were trying to help an organization but no one called them back,” he said. “We in nonprofits are so focused on our mission that if we want help, we have to be helpable.”

Zip Code Wilmington Executive Director Desa Burton believes that providing a gateway for Delaware residents into tech jobs can improve the community overall. Given how the pandemic has reduced the number of jobs in sectors such as hospitality, the tech training that coding bootcamp Zip Code provides has an added importance now.

“When people get older, maybe you worked in hospitality, retail or had a career where you went to college, or your career is coming to a dead end,” she said. “Maybe you’re coming from a distressed industry. These people come through Zip Code Wilmington for a 12-week, full-time training as a full-stack developer.”

Zip Code has worked with JPMorgan Chase to place its graduates at the second-largest private employer in Delaware throughout a pandemic that saw many companies endure hiring freezes. JPMC’s executive director of technology for social good, diversity and inclusion, Jen McDermott, is a proponent for the professional development of Zip Code’s graduates.

“In their own vetting process, Zip Code focuses on determination, grit, interest, aptitude, coachability — all of those are important skills that we think about when hiring too,” she told Technical.ly in January. “So as part of their standard process of selection, they’re already aligning with us.”

The ED believes that students’ investment in a bootcamp and the chance to go from earning almost $15,000 a year to earning a starting salary of $70,000 in a tech role justifies the cost of participating in Zip Code Wilmington’s bootcamp, which is $6,000. Scholarships are available for students 200% below the poverty line, as well as living stipends donated by BlackRock. Laptops are also loaned to students who do not own them for the duration of the program.

Burton said that Zip Code gives its participants an advantage by showing them what is trending at tech employers and factoring that into its trainings.

“The first thing we did was go out to companies and ask, ‘What does it take to put this together, what are you looking for in employees?’” she said. By not focusing on training in a vacuum, Burton believes that ZipCode has created a bootcamp that is intuitive and speaks to prospective tech employers’ needs.

Of Zip Code’s 465 graduates, Burton estimated that 75% stayed in the Wilmington area, including 200 Zip Coders who work at the JPMorgan campus. That number of technologists staying home to support an emerging tech ecosystem is important and can lead to an economic boost within the community.

For Callowhill-based GIS software company Azavea, training their own future employees has proven to be a viable way of attracting new talent, through both apprenticeships and fellowships.

Azavea CEO Robert Cheetham said its apprenticeships are an option when the company hires for entry-level roles. Its software engineering ladder consists of Engineer I, II, III and Senior Engineer, and the apprenticeships are pathways to the Engineer I role. Its two formal fellowship programs for those earlier in their careers or still in school are on hiatus this year due to limited resources, but expected to return in 2022: one for geospatial data analysts, called Summer of Maps, and one for software engineers, our Open Source Fellowship.

The fellowships are both aimed at offering “a real-world professional opportunity for students,” he said. Each of the programs span 12 weeks from June to August and are paid — an emerging trend for tech training programs that’s been noted as important for racial equity. The Summer of Maps fellowship ran from 2012 to 2020 and has hosted 24 technologists, while the Open Source Fellowship has run for approximately three years and has hosted six technologists.

However, “these programs all rely heavily on mentoring capacity by other colleagues,” Cheetham said, “and while we pulled it off last summer, this year, we are short-staffed, and we are putting our energy into apprenticeships.” Technologist Jenny Fung started at the company as an apprentice where she trained to eventually become a full-stack software engineer. The B Corp’s size and personal care stood out to her when considering next steps for developing her tech career.

“[Azavea] is a small company at about 50 people and is human-centered,” she said. “If you’re applying for a job at a big company, I don’t know if you can make those [same] relationships. I’ve noticed the value of throwing my resume into the ether doesn’t seem productive to me.”

According to Azavea People Operations Manager Brigid Woolery, nearly 500 applicants recently applied for what was initially one apprenticeship role. After seeing the large number of applicants, Azavea decided to bring on three apprentices instead of one. The company has hosted around eight apprentices total.

“Azavea sees a responsibility to help people break into this field when you can,” she said. “You can’t always hire an entry-level [technologist], but [at Azavea] you have the opportunity to help someone grow in a company.”

“I really believe that the value of an apprenticeship is in part that retention,” she told Technical.ly in December. “You can retain people by investing in them much longer. We know the industry has a lot of attrition of people of marginalized backgrounds and a lot of people leave the industry at a higher rate than those entering it.”

Michael Butler is a 2020-2021 corps member for Report for America, an initiative of The Groundtruth Project that pairs young journalists with local newsrooms. This position is supported by the Lenfest Institute for Journalism. -30-
Next Post 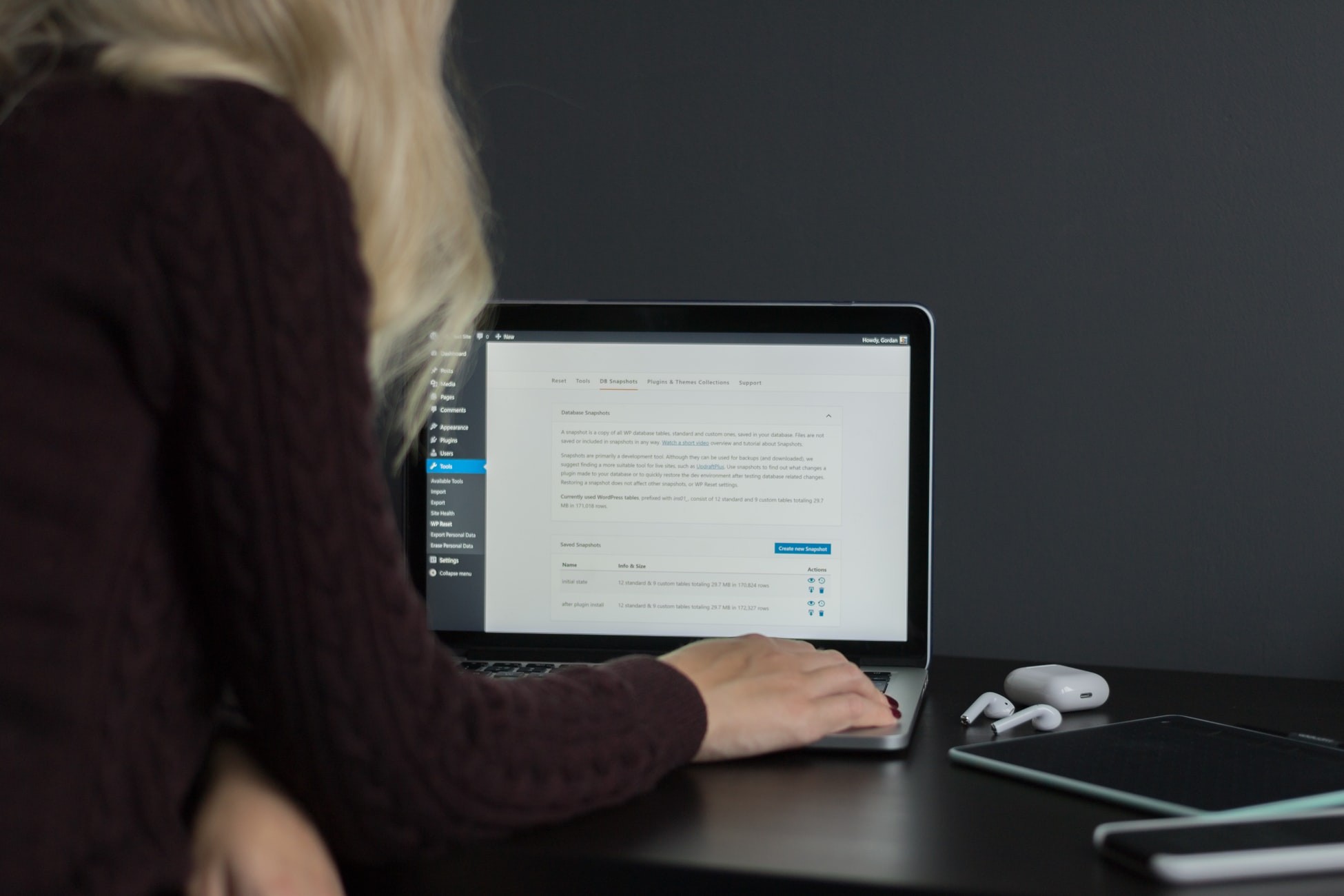