One of the most important trade shows in the PC universe, Computex, unfortunately occurred during the wee hours of the Memorial Day holiday in the United States this year. Fortunately, we kept tabs on the announcements from AMD, Intel, Nvidia and more that you need to know about, and we’ve summed them up below.

If we had to pick an overall “winner,” well, AMD stole the show. A number of CPU, GPU, and even architectural announcements made for a jam-packed Computex presentation. But our email and internal chat channels were busy chewing over what Intel and Nvidia had to offer, too.

In no particular order, here’s what we consider to be the most important stories of Computex.

FidelityFX Super Resolution is AMD’s answer to Nvidia’s DLSS technology, both of which use some computational magic to eke out more frames on your games. AMD’s technology, though, can improve not only its own GPUs but the competition’s as well—yes, even Nvidia’s GTX 10-series GPUs! Even better, there are four levels of graphics performance (in addition to the native performance of the GPU), which, according to this AMD slide, offer frame rates ranging from 49 fps to a whopping 150 fps. That’s insane.

Remember when Intel introduced the so-called New Unit of Computing (NUC), and just how small they were? No longer. Intel’s entered the traditional small-form-factor PC market with an 8-liter “Beast Canyon” NUC that can house a full-length graphics card alongside a Compute Element with a gaming-class 11th-gen Tiger Lake-H series processor. Intel pitched its glimpse of Beast Canyon as a sneak peek, withholding pricing and availability details. But we looked closely at what details were available, as well as what we think this bad box will be able to accomplish.

We originally thought the launch of Intel’s Tiger Lake-U parts last September needed a little more oomph. Well, Intel delivered. The company launched a new 5GHz Tiger Lake chip that it claims can top the Ryzen 5800U in both gaming and content creation. By how much, you ask? If you cherry-pick a HandBrake video transcoding benchmark, well, the new 2.9GHz Core i7-1195G7 outperforms the comparable Ryzen by a whopping eightfold. And did we mention Intel now has a 5G module, too?

This is what you were waiting for: a new AMD GPU that can go head-to-head with Nvidia’s RTX GPUs. At Computex the notebook graphics wars just began heating up. AMD launched the Radeon RX 6800M, 6700M, and 6600M, all with differing levels of horsepower. AMD said the RDNA 2 chips offer 1.5X the performance over the original RDNA designs, while also operating at 43 percent less power. And boy, are there benchmarks!

PCWorld reviewed the AMD Radeon RX 6800M, built into the Asus ROG Strix G15 Advantage Edition. We call it a “worthy competitor to Nvidia’s GeForce” right in the headline, and we’ll show you why with our tests.

What Nvidia calls its “new gaming flagship” GPU may have deserved a higher place in our list, given that, well, it’s a new premium GPU. Combine the $1,200 price tag and the fact that graphics cards are still selling out almost immediately, and result is a graphics card that you’ll probably never see. However, Nvidia’s RTX 3080 Ti specs are appropriately massive, and we’ve even been able to review the GeForce RTX 3080 Ti itself. Prepare to be amazed.

After reading about Intel Evo’s go-to-market brand for its co-engineered ”Project Athena” premium notebook designs, you might have thought Intel was the only chip vendor spending time and money to make sure your next gaming notebook was designed properly. Did you notice the AMD Advantage program at the bottom of our Radeon RX 6000M story? Here’s what AMD is doing to guarantee your next Ryzen/Radeon notebook is a compelling product.

Liquid metal always conjures up images of the T-1000 Terminator, rather than a cooling solution inside of a premium notebook. We’re not going to spoil (well, in this story, anyway) what Element 31 actually is. But we can tell you that it’s very important in allowing Alienware to create the crazy-thin Alienware x15 and x17 laptops. Thin-and-light gaming laptops? The future is now.

AMD announced that its hotly anticipated Ryzen 5000G APUs will launch in just a few months, on August 5. An APU is a Ryzen chip that integrates Radeon graphics, providing DIY builders with a cheap, purpose-built foundation for building a PC. But things have changed somewhat with the ongoing chip shortage, and we’ll explain why that is.

What is a 3D chiplet? And what is AMD’s 3D V-Cache? That, my friend, is the future. AMD announced a way to stack memory on top of its Ryzen processor, dramatically increasing the cache size and the performance. And it’s coming later this year. We explain what it all means in our report.

Note: When you purchase something after clicking links in our articles, we may earn a small commission. Read our affiliate link policy for more details.
Next Post

How did Internet Computer (ICP) become a top-10 cryptocurrency overnight?

Fri Jun 11 , 2021
Traders valued Internet Computer (ICP) at $630 in its debut on Coinbase on Monday. On Binance, however, the dollar bids for the token surged to as high as $3,093 as of Tuesday. Meanwhile, HitBTC reported ICP at a peak of roughly $407. The huge price differences across multiple cryptocurrency exchanges […] 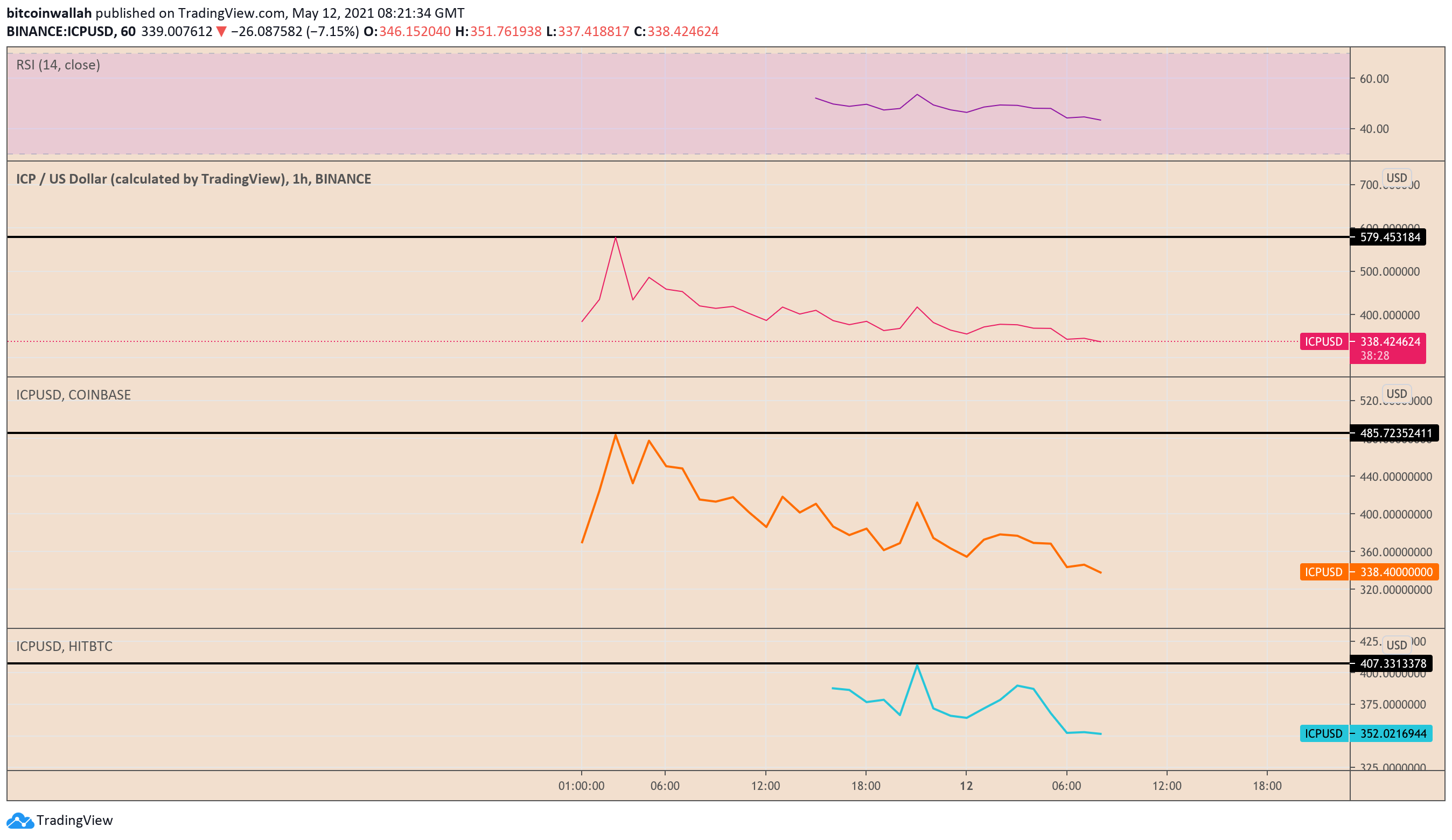