Armed with the new Sig Sauer rifles, the Indian Army troops carried out a drill to sharpen their skills at a firing range at the Line of Control (LoC). The troops belonging to an infantry battalion fire on the move, rehearsing a real-time situation of taking down infiltrators.

The drill is part of new operational tactics amid the changing scenarios at the LoC as the ceasefire agreement is being followed since February 24.

While there has been no exchange of fire between the armies of India and Pakistan, the threat of infiltration of terrorists continues.

The ceasefire at LoC meant that the Indian Army makes changes to its tactics as they train for new challenges.

India Today TV travelled to forward locations in the Bimbher Gali and Poonch sectors to do a ground reality check.

While the army has tweaked its operational tactics, the basic standard operating procedures remain the same. Officials say their aim is to be prepared for any eventuality as they maintain a strong vigil.

Officials said the new Sig Sauer rifles from the US have also enhanced the capabilities of troops to neutralise infiltrating terrorists.

“It has a much better range than the INSAS or AK-47. The effective range is 600 metres,” said an official. 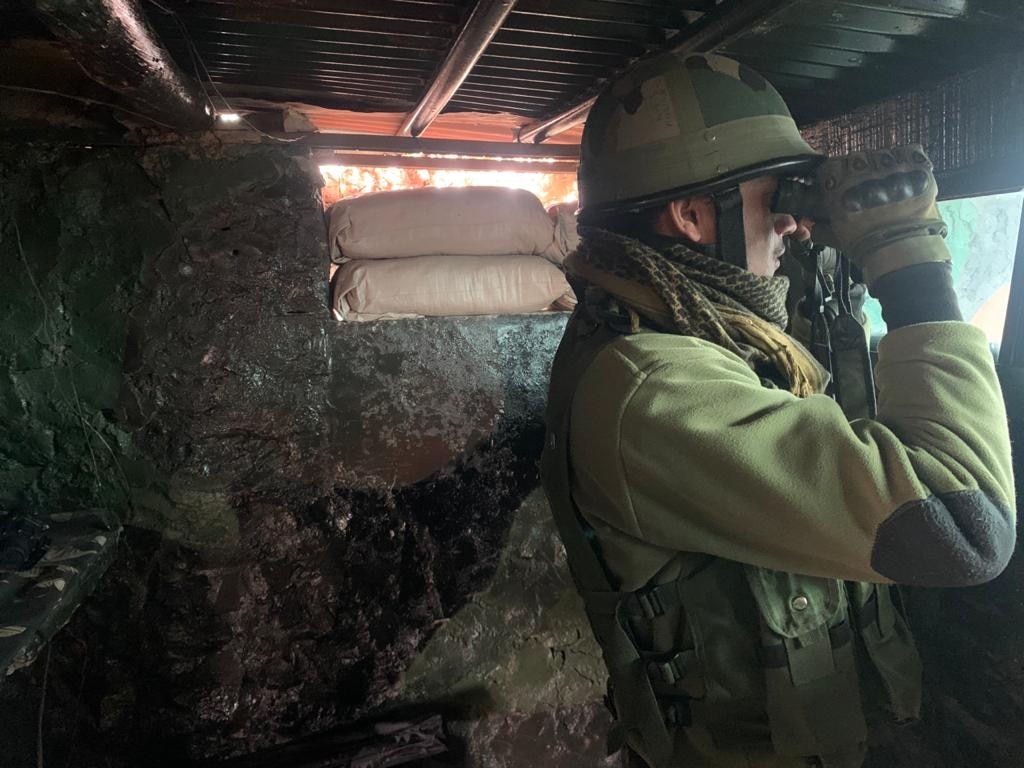 Every movement is being monitored from forward locations. The army has enhanced surveillance capabilities by bringing in more sophisticated equipment that can capture movement even at night.

Effective range is referred to a distance from which the target can be neutralised or killed. In the case of Sig Sauer rifles, it means the fire can ensure a kill up to a distance of 600 metres. This range is almost double and has a better accuracy of what can be achieved with the INSAS or AK 47s being used by the army till now.

The army had procured 72,400 Sig Sauer rifles under the fast-track procurement deal to meet the shortage of assault rifles that are already being used by frontline troops and another 72,000 will be delivered soon.

Weighing 3.96 kg, the weapon is also much lighter.

The new rifles allow the army to tweak their operational tactics. “A better range and accuracy change things on the ground. In many cases, a cover fire is not required as the target can be taken down from far,” said an official.

Since there has been no exchange of fire, the drills are oriented to stop infiltration and not target Pakistani posts or their soldiers.

“The new tactics include laying of ambush and sometimes even allowing the terrorists to cross over and get trapped. Since there has been no firing between the armies we are also focussing on neutralising terrorists,” said an army official deployed at the LoC.

A senior army officer told India Today TV that there have been more sightings of Pakistani Army officers in uniform since the ceasefire.

“Earlier it was not so common to see them in uniform. Maybe the change has occurred because they also know we won’t target them with the ceasefire being respected,” the official added. Based on the surveillance, the Indian Army is aware of activities across the LoC.

India and Pakistan might have decided to implement the ceasefire agreement of 2003 to maintain peace at the borders but there is no commitment from Islamabad to stop sponsoring terrorism, government sources said.

Officials said there will be no reduction of troops on the Indian side. It has been made clear that a ceasefire does not mean India will not respond to Pakistan-sponsored terrorism if there are infiltration attempts.

“If infiltration stops violence will reduce and the population can go about their livelihood in a normal manner. Civilians from both sides have faced the brunt over the last few years with escalations at LoC,” said an official.

Every movement is being monitored from the forward locations. The army has enhanced surveillance capabilities by bringing in more sophisticated equipment that can capture movement even at night.

“The sightings need to be accurate for operations to be launched against infiltrators. We are better placed now and are continuously looking to upgrade,” said an army official.

Not just the Pakistan army but terror hideouts are being closely watched. Based on the surveillance, the Indian Army is aware of activities across the LoC.

Civilian homes, metres away from the Line of Control in Pakistan-occupied Kashmir, are being used as terror launchpads.

The Indian Army has been picking up the activities and movements in these “suspected houses” that have been increasing recently.

From inside surveillance centres across the LoC, the Indian Army is picking up all suspected movements and activities in civilian homes that are categorised as suspected houses in villages opposite Indian posts.

“There is always a cluster of civilian homes around Pakistani posts making it difficult for us to target. But it has been noticed that in the garb of civil movement, terrorists are ready to infiltrate,” said an official on the ground.

There is a fairly large population living close to the Pakistan army posts and these homes are often used for military purposes and as terror launchpads.

Mon Jul 26 , 2021
Dubai is known for its innovative mindset. Not only is the tallest building in the world located in the city, but Oktoberfest is also scheduled to take place there this fall. Artificial rain due to high temperatures In temperatures that can climb to 50 degrees today, Dubai is taking action […]