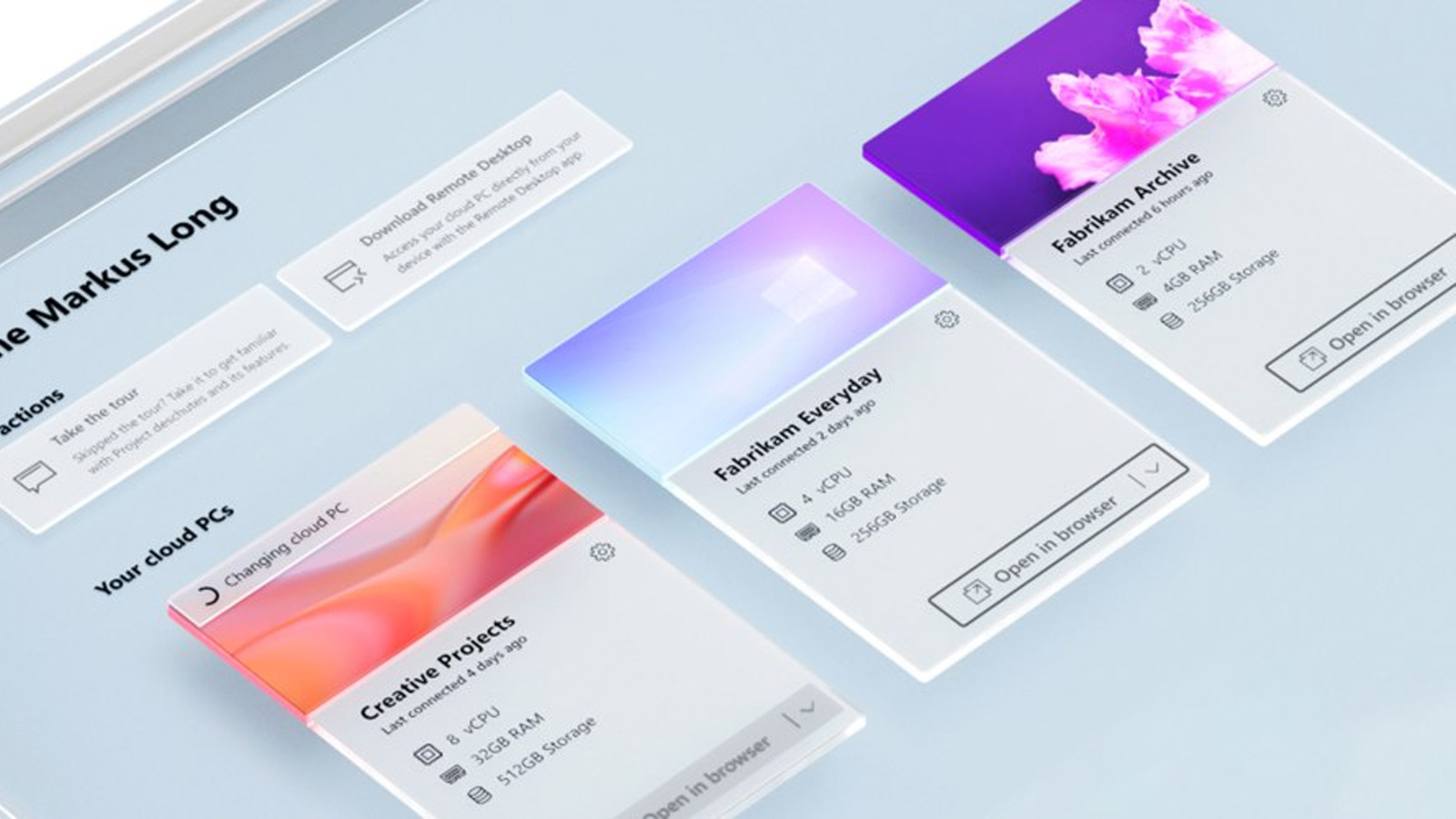 Microsoft’s Windows 365 Cloud PC service is now generally available, allowing businesses to deploy Windows 10 desktops in the cloud for prices ranging between $24 and $162 per device.

This service runs on top of Azure Virtual Desktop but includes a redesigned interface making it easier to manage and access a Cloud PC.

The new service comes in two flavors, Windows 365 Business (up to 300 users) and Windows 365 Enterprise, which have significant differences in features, as listed in the table below.

Windows 365 currently allows you to deploy 12 different hardware configurations, ranging from a 1vCPU/2GB RAM/64GB storage for $24 to 8vCPU/32GB RAM/512GB storage for $162 per device per month.

When purchasing licenses, the Cloud PC will be assigned to a particular user in your Active Directory. The user can then access their Cloud PC from https://windows365.microsoft.com/.

In our tests, initializing our free Cloud PC took quite a long time. However, once initialized, you can connect to your Cloud PC via the browser or a Remote Desktop client for Windows, Mac, iOS, and Android.

With the lowest tier Cloud PC costing $288 per year and the highest tier costing $1,944, Window 365 is more expensive than purchasing/building your own hardware from purely a hardware perspective.

However, the service does reduce the cost and workforce hours required to properly set up security, VPN devices, and management software for an increasingly remote workforce.

The 7 Most Effective WordPress SEO Plugins

Wed Aug 4 , 2021
Growing a successful WordPress website requires heavy investments in time, effort, and resources. Engaging content, a proficient sitemap, high user satisfaction, key products or services, and a healthy dose of SEO are a few of the many resources you’ll need to contribute. Let’s focus on Search Engine Optimization (SEO). A […]