I’m amazed at the power the nameless, faceless internet holds over most people. Especially for parenting-related advice today, if you found it on the internet, that’s somehow reason enough to qualify as solid advice.

This makes no sense. But I’m here for you fellow parents. Here’s the Daddy Days Guide for Navigating the Internet and Social Media Especially for Parenting Related Purchases, Advice or Medical Remedies.

Amazon (or any online) reviews: Strangers who may not be real providing opinions that may not be true.

Instagram: Proving the adage, “a picture is worth a thousand words” is not absolute.

Large News Media Headlines: Clickbait hotdogs (they’re made with, not of, real truth).

Mirriam Webster’s Online: One dude’s collection of words and their meanings. Now with even less citations!

Wikipedia: All the utility of an encyclopedia that can be erased, edited and re-written daily.

I guess what I really want to say is it’s time to start differentiating between strangers and people you know, especially when it comes to parenting. It’s convenient, and technology has made getting “expert” or crowd-sourced advice readily available, but most of the time you don’t know much about the person telling you that garlic juice cures chicken pox, night terrors are a sign of mental illness, or that vitamin L is a thing.

Also, the internet has revealed a dirty secret journalists and lawyers have been taking advantage of for a while: you can find a source or expert to support anything. The internet makes it exponentially easier to find the experts (or group of people) that think or support fringe and even plain crazy things. This kind of amplification of the fringe has a way of quickly turning into a tyranny of the minority.

And speaking of numbers, a majority in the comment section of any social media or internet post is not a representative sample. Not statistically speaking but not even in a non-technical common sense sort of way.

One more thing. I’m afraid the best way to describe us, users (or usees?) of the internet is this: average people in search of easily accessible external sources that will tell us what to do.

You may search to find confirmation of what you already think, which isn’t automatically a bad thing, but often your search leads to you being influenced into thinking something with little rationale or being swayed by outliers with little relevance to your situation.

Imagine you walk into a coffee shop and ask everyone in the cafe if it is safe to go swimming in the local lake.  Ten of the 13 people in the cafe say it’s not because you could get a Naegleria fowleri infection from the water and die. Then they cite facts about the brain-eating parasite that causes the infection, including the fact that there’s a 97% death rate for people who get that infection. Also, the infection is often contracted from swimming in natural bodies of water and they personally know someone who died from it.

You might think twice about taking a dip in the lake.

But if you found out those 10 people were a group of scientists who specialized in the study of brain-eating amebas and they had gathered in this cafe to talk about rare diseases, that might add some context to what you were told. Especially if you found out there have only been 150 cases of Naegleria fowleri recorded in the United States in almost 60 years. The concentration of people particularly concerned about this rare issue isn’t reflective of a particular risk to you from taking a dip in the lake. There just happened to be a concentration of them in that particular social meeting spot.

Now swap out the cafe setting for a social media site and make the question about whether your kids’ rash requires medical attention.

Anyway, all I’m saying is if you have a question about teething or tantrum throwing or any of the hundreds of other common child-rearing issues, most parents would probably do well to ask their parents, or a family member, or a friend more experience with kids, or a doctor they know, instead of consulting the all-wise internet.

We used to tell kids not to talk to strangers. Cautioning adults and kids about soliciting advice from strangers on the internet might be a good idea too.

Except me. I know me, and I’m telling you this is all perfectly true.

Harris and his wife live in Pflugerville with their six sons. Please email comments or suggestions for future columns to [email protected].

Thu Jul 1 , 2021
NASA said Friday it had completed additional diagnostic testing in an effort to identify a problem with the Hubble Space Telescope’s (HST) payload computer.  This announcement comes on the heels of additional testing on Wednesday and Thursday and after the spacecraft’s payload computer “halted” on June 13 and it stopped […] 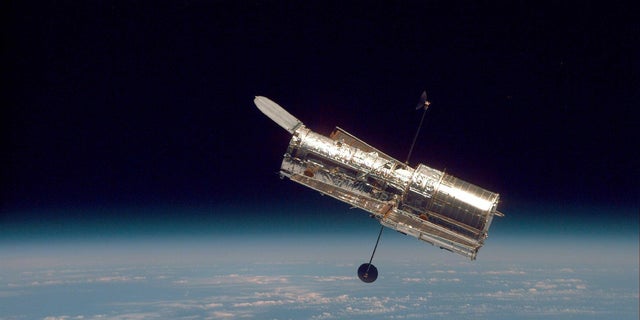