The AlphaBay darkweb market has come back to life after an administrator of the original project relaunched it over the weekend.

At the same time, the admin announced plans for setting up a platform for darknet markets to set up shop with a strong focus on anonymity.

AlphaBay started in 2014 and it became the largest darknet market. The business ended when law enforcement took it down on July 5, 2017.

In Thailand, the police arrested Alexander Cazes, a Canadian citizen using the online alias Alpha02/Admin and one of the two AlphaBay administrators.

Someone named DeSnake was the other partner, responsible for the security of the market, and was never caught by the police.

At the end of last week, DeSnake announced on a dark web forum that the AlphaBay market reopened and was ready for business.

Tom Robinson, co-founder of blockchain analysis company Elliptic, found DeSnake’s messages to the darknet market community, where they introduced themselves as the “security administrator and co-founder of AlphaBay.”

DeSnake provided their original public PGP key used in the heydays of the illegal market to prove their claims, allowing anyone to verify the identity on public PGP keyservers:

One darknet user confirmed DeSnake’s key and that they were part of the original AlphaBay tech staff. Another one confirmed the admin’s identity after private conversations on “things that only he knew as a staff member of AlphaBay.”

One concern is that the admin may be doing this project from a compromised position, following instructions from law enforcement to trap vendors of illegal products.

One network for many markets

In a lengthy, five-part statement, DeSnake explains that they want to set new standards for a sustainable model and build a “professionally-run, anonymous, secure marketplace.”

The vision down the line is bigger than this, though. DeSnake aims to develop an autonomous and anonymous Decentralized Market Network where anyone can set up a marketplace.

From their description, it looks like an Amazon of darknet markets that allows vendors and buyers to roam from one market to another using one account and without having to trust any of them with their cryptocurrency.

DeSnake says that the new AlphaBay has been built to last, using secure and audited code, bulletproof servers, and safeguards against disruptions caused by hardware failure, police raids, or seizures.

The admin also advertised an automated system called AlphaGuard that “assures users/vendors can access their wallet funds (including escrow) at any time on I2P/Tor.”

Another system in place is Automatic Dispute Solver, which aims at solving problems between buyers and sellers without the intervention of a moderator.

DeSnake also laid out a set of rules for the new AlphaBay to avoid drawing unnecessary attention from law enforcement:

Flashpoint researchers note that the rule restricting activity related to former Soviet Union countries is typical for threat actors based in those regions, to avoid scrutiny from local law enforcement.

AlphaBay now uses only Monero cryptocurrency and currently has only two featured listings, both for drugs.

Statistics for the forum show 19 members that exchanged 72 messages.

It is estimated that the market transacted at least $1 billion worth of cryptocurrency (mostly Bitcoin) since its creation.

By comparison, the infamous SilkRoad had a little over 950,000 users and about 14,000 listings, most of them for drugs. It transacted 9.5 million bitcoins in two-years time, valued at $1.2 billion at the time.

Wed Aug 18 , 2021
photo: cart.com A number of industries are experiencing growth, and these companies are poised to follow suit. With their fresh rounds of venture funding, find out what these Austin tech companies are working on. This is the Built In Austin weekly refresh.  Cloudflare expands its Austin footprint. Operating in the […] 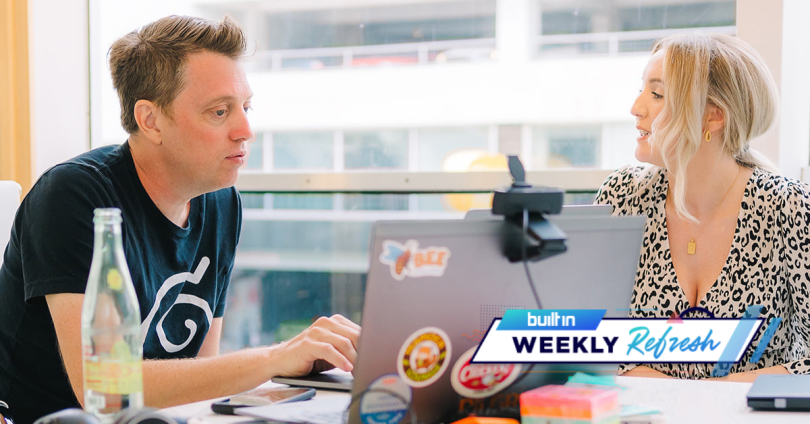