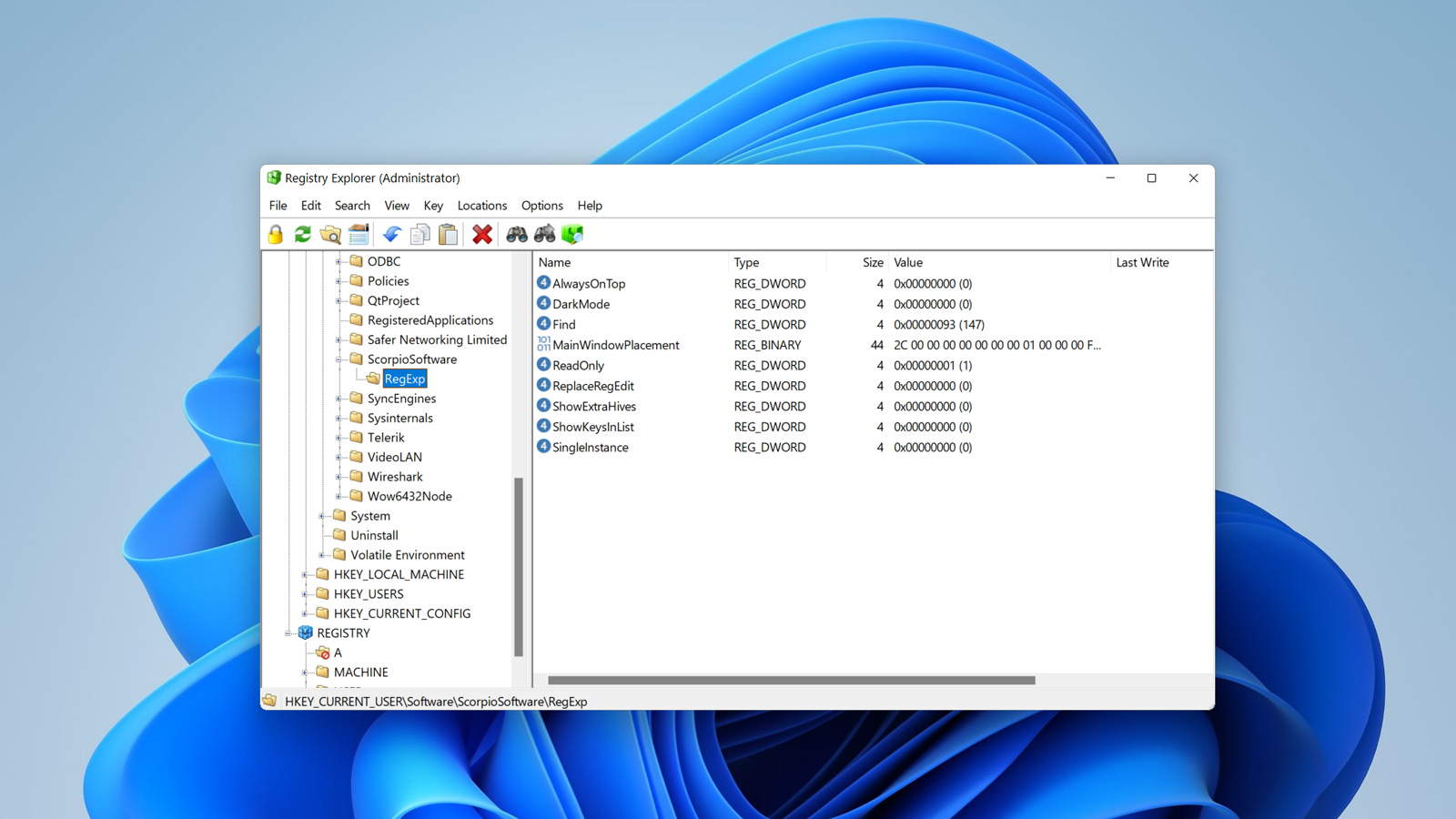 Last week, a new open-source Registry Editor was released that puts Windows Regedit software to shame by supporting a host of advanced features, making editing the Registry easier than ever.

The Windows Registry is a centralized, hierarchical database used by the operating system to store system settings, hardware configurations, and user preferences.

If you are a Windows administrator or power user, then you have likely made changes to the Registry at one point using Windows built-in Registry Editor (regedit.exe) to fix a bug or tweak a configuration setting.

However, Microsoft has not made many changes to the Registry Editor over the years to modernize the application, and many useful features are missing that people may want.

Registry Explorer was released as an open-source project on GitHub. Still, for those who do not want to compile the program, Yosifovich has also released a precompiled beta version that can be downloaded and launched immediately.

After running Registry Explorer, you will be greeted with a view of all the Registry hives, which users can expand to see their subkeys and values just like the standard Windows Registry editor.

However, where the program shines is an included dark mode, the ability to copy and paste keys and values to different locations, an undo changes button, and an advanced search feature.

Registry Explorer’s search feature is far more advanced than regedit’s as it allows you to find and display all search results in a single dialog box, as shown below. You can then look through the search results and double-click an entry to open that Registry key or value automatically.

Making the wrong change to the Registry could cause Windows not to operate correctly, Registry Explorer starts in a ‘Read Only Mode’ that prevents you from making changes until the mode is turned off.

A full list of features in Registry Explorer are listed below:

Even better, if you find you really like Registry Explorer, you can configure it to automatically replace the Windows Registry editor and be the default file handler for .reg file.

If you find yourself constantly editing the Windows Registry, searching for values, or exporting your configuration to .reg files, then I strongly suggest you give Registry Explorer a try as you will likely find many of the features very useful.

To try Registry Explorer, you can visit the project’s GitHub page.

Tue Aug 3 , 2021
When you mention brands that dominate the market, the likes of Google, Facebook and Amazon are likely to spring to mind. Likewise, when it comes to CSM market share, it won’t surprise you to know that WordPress is dominating. What may surprise you is how much by. How Market Share […]